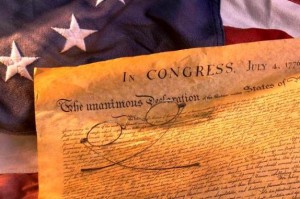 Faith, Politics, and the Real War on Women by David Fiorazo Early in American history, men and women of faith understood the importance of Christians living as salt and light in our culture and they influenced every aspect of society. Today, however, this great nation is drifting further away from the God that blessed us and believers have fallen into the trap of conforming to the world. How do we reverse this trend?

Some say we shouldn’t mix our faith and politics, but as biblical Christians, we cannot separate the two. It’s impossible to leave Jesus Christ out of the voting booth, but that’s what some folks try to do. If we’re honest with ourselves we will acknowledge there has never been a clearer, starker contrast between the Democratic and Republican Party platforms than we see today.

We have an interesting choice ahead of us in the upcoming Presidential Election. Mitt Romney is pro-life and a Mormon who is a man of character and integrity, but according to the Bible, Mormonism is a cult. Barack Obama professes Christianity and seems to be a good father and husband however, his words and policies have been the most anti-Christian of any president America has ever seen.

Just last week, after the Obama campaign was criticized for urging women to vote with their uteruses[i], the president was back on the campaign trail touting the benefits of free birth control. I’m not a woman and I’m insulted. Taxes are increasing and costs are going up on groceries, gas, utilities, and healthcare, but women are supposed to be most concerned about birth control?

I believe Christians should strongly support pro-life, pro-marriage candidates. We should also oppose federal funding of abortion. Only about 1.5% of all abortions are due to rape or medical emergencies which indicates it’s all about convenience and selfishness.

If you pay any attention to politics at all, you know the media would have us think the Republicans hate women. Democrats have shrewdly reframed the abortion debate to make it about freedom, choice, and rights instead of the brutality of cutting off of a baby’s life. One argument is all women should have the right to use abortion as birth control if they choose and acquire free birth control so sex can be enjoyed to the fullest. How dare Republicans attempt to limit their fun and independence!

Abortion is a sin and sin can be forgiven. Women go through tremendous pain and grief after having an abortion, and sadly, about 70% of women claim to be Christian at the time they chose to abort their baby. The American Psychological Association reports that a majority of women had negative emotional consequences following an abortion. In the heat of the current political environment, we quickly forget the human, emotional toll of abortion and as one woman put it, “Without the Lord’s healing I would have a hard time dealing with the blood on my hands.”

Finally, a Christian’s responsibility to his Creator precedes his duty to the state. This is why Christians must support religious liberty and vote according to the Bible, forgoing all party loyalty and family tradition.

If you believe like I do that free speech and preaching the Gospel is impor­tant, then I’m sure you understand politics affects our ability to preach the Gospel. Due to the laws of anti-Christian legislators, crosses are being removed from public places, prayers are being silenced, Christ is being ridiculed, and government is infringing on the rights of citizens to even hold home Bible studies! Pastors are being censored, free speech is being blocked, and believers are being discriminated against. Our Founders would have revolted.

Yes, friend, who we vote for really does matter and we are to be good stewards of God’s resources. The candidates we elect make decisions on how to spend our tax dollars. They advance social, economic, and foreign policies that affect us. They pass laws that affect our families and our finances.

This Presidential election could have a domino effect on judicial decisions as there are three Supreme Court Justices who may be retiring soon. This could leave three open appointments for either conservative or liberal nominees who will influence the direction and future of America.

Consider Hollywood, the media, government, and public education; Liberals and progressives are moving America rapidly away from God and biblical truth. If you don’t think they’re succeeding, look at our culture. Be honest, are Christians having more influence on culture than culture is having on Christians?

Politics is not our first priority and God is sovereign over all things. The political process is, however, one way we can let our voice be heard to help ensure a safer, more traditional, family-oriented society while we’re here. We need to wake up sleepy believers, make biblical decisions regarding who we vote for and leave the results to God. Government can’t save us, only Jesus Christ can.

One election won’t fix a country that is as dark and depraved as America has become. Each one of us must take individual responsibility and live counter-culture for Christ. If we can each rally more believers to seek His kingdom first and boldly live out our faith, who knows how many lives we could impact for eternity? This must be our focus.

Let each citizen remember at the moment he is offering his vote… he is executing one of the most solemn trusts in human society for which he is accountable to God and his country. – Samuel Adams David Fiorazo is an author, radio personality, writer, and professional actor. In his travels across the country, David became concerned about fading family values in America and growing complacency among Christians. He also saw increasing hostility toward Jesus Christ in every aspect of our culture.

Seeing the increase of immorality and the attacks on conservatives, David prayed a dangerous prayer: that God would use his life and give him the strength to speak the truth regardless of the cost, the opposition or the resistance; and that he would find the balance of loving  others while standing up for Jesus Christ without apology or compromise. He is undaunted in his belief that, though our time is short, America and the church are worth fighting for.

David is the author of his newly released book, “Eradicate: Blotting Out God in America,”  It is a must read.  You can find David and this highly rated book on his blog.

Read David’s personal interview with The Sisterhood for a chance to win David’s book.